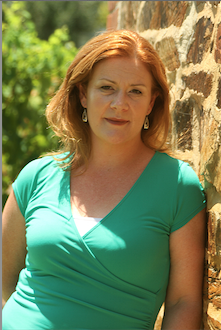 I am delighted to introduce you to the lovely Cheryl Adnams. Cheryl lives in Adelaide, South Australia. She has published four Australian rural romance novels and a Christmas novella. Cheryl has a Diploma in Freelance Travel Writing and Photography and has lived and worked in the United States, Canada and spent two years with a tour company in Switzerland and Austria. Her passion for Italy, volcanology and cycling have made their way into her stories and her favourite writing retreats include Positano on the Amalfi Coast and Port Willunga Beach just south of Adelaide. When she’s not writing, Cheryl is still creating in her busy full time job as a trainer and learning designer.

The idea for “The Girl from Eureka” came originally from Clare Wright’s 2014 Stella Award winning novel “The Forgotten Rebels of Eureka”. Her in depth look at the women who were in Ballarat during the 1850s was probably the first non-fiction book I had read cover to cover in years. I couldn’t put it down. I latched on to the idea of a female gold miner and Indy Wallace was born.

Then came the hard work. I’d only ever written contemporary rural and while research was required for my Muller’s of McLaren Vale winery based novels, and also Common Ground which features a war journalist who is suffering post-traumatic stress disorder, I hadn’t undertaken anything as daunting as an Australian historical romance. And to write a book based around a true event in history that featured real people and a real timeline, well, I’m not exactly sure I knew what I was in for. 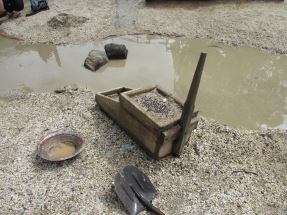 The first forty thousand words came fast. I knew my characters, I knew my plot and, since the story was based on factual happenings, I had my climactic point already written for me, — the big battle at the Eureka Stockade. Right? Except, I wasn’t writing a non-fiction book and I had to figure out how to weave these real events into my story without it coming out as a regurgitated text book.

So many of the events that happened in the six months leading up to the battle of the Eureka Stockade were catalysts for the building of the barricades by disgruntled miners. I had to choose carefully which of those events to include. Which of those inciting moments would be interesting to readers? How would my fictional characters have been involved in them? Could I use some of the real people who actually played a part in this small moment of Australian history? 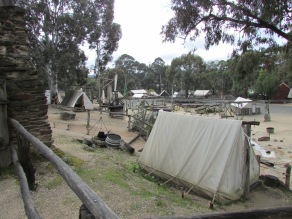 There are so many little things you have to be aware of when writing Australian historical, basic questions you have to ask yourself like: How much did a nobbler of whiskey cost? What was the British soldier’s uniform of the day? What food did they have access to in such a remote but rapidly growing region? Things were changing fast in the 1850s and 1860s because of the gold rush. There was sudden wealth and staggering poverty living side by side. Melbourne was the fastest growing city in the world on the back of the gold rush. I buried myself in the history of British military, women’s clothing, food, diseases, weaponry, a police force made up of convicts, bushrangers, carriages, mining equipment, dances of the time. Hours of research could be undertaken to ensure just one line of text was historically accurate.

I’ve never considered myself a patient person, let alone a researcher, but I found a new love for history in the course of writing this story. And as “The Girl from Eureka” is released, I have a second Australian story based in the 1860s and am currently working on an Australian World War 2 story. So it seems I’m having a romance with Australia’s history. I just hope my readers will too.

On the sun-drenched goldfields of Eureka, a wild colonial girl and an honour-bound soldier will break all the rules to claim a love worth more than gold …

Gold miner Indy Wallace wants nothing more than to dig up enough gold to give her mother an easier life. Wild and reckless, and in trouble more often than not, Indy finds herself falling for handsome, chivalrous, British Army Lieutenant Will Marsh. But in the eyes of immigrant miners, soldiers are the enemy.

Will has been posted to Ballarat with a large contingent of Her Majesty’s Army to protect the Crown gold and keep the peace. But once he meets rebellious Indy, he doubt’s he’ll ever be at peace again. As Will and Indy’s attraction grows, their loyalties are tested when the unrest between miners and the military reaches breaking point.

On opposite sides of the escalating conflict, can their love survive their battle of ideals? And will any of them survive the battle of the Eureka Stockade?

One thought on “Behind the Story: Cheryl Adnams”