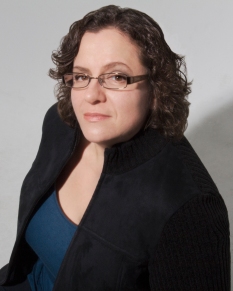 Today it is my pleasure to welcome the lovely Jen J. Danna to Behind the Story. A scientist specializing in infectious diseases, Jen works as part of a dynamic research group at a cutting-edge Canadian university. However, her true passion lies in indulging her love of the mysterious through her writing. Together with her partner Ann Vanderlaan, they write both the Abbott and Lowell Forensic Mysteries and the FBI K-9s (as Sara Driscoll). Jen lives near Toronto, Ontario, with her husband and two daughters.

Jen/Sara, please tell us about your story behind the story!

Finding out what inspired an author to write a certain book or series of books is always an interesting peek inside that author’s mind. Sometimes it’s practical. Sometimes it’s a passion. The FBI K-9s series started as a combination of the two.

Both my writing partner Ann and I are animal rescuers. She has a current roster of five rescued pit bulls she has saved from shelters. I have four cats—one adopted from a rescue, one rescued off the streets after it had been abandoned when its owners moved away, and two kittens live-trapped in our backyard last month because they were slowly starving to death. So, to say we’re animal lovers is a small understatement.

The idea for the FBI K-9s series actually came out a lunch our agent extraordinaire, Nicole Resciniti, had with Peter Senftleben, then an editor at Kensington Publishing. He was looking for a procedural with a service dog theme. At that time, Ann and I had published our first three Abbott and Lowell Forensic Mysteries, with a fourth in progress, and were looking to stretch our wings a bit. Nicole meets with a lot of editors and sends their requests to her authors. When we saw Peter’s idea, we knew it was a great fit. And where I hadn’t owned a dog since I was a child, Ann more than made up for my lack of knowledge at the time.

Launching into a new series also gave us a chance to open our horizons. I love writing Abbott and Lowell, but police jurisdiction can be a little constricting—every case had to take place in Essex county around Salem, Massachusetts. Any other city or county would have the same restrictions around jurisdiction.  But we had the perfect solution, getting around this issue by setting our K-9 team within the FBI. Now the entire United States was our playground, as well as beyond under the right circumstances.

Within the FBI there are several different K-9 groups: criminal apprehension, explosives detection, and forensic applications. It was the last group that really caught our eye. The Forensic Canine Program consists of the Victim Recovery and Human Scent Evidence Teams. The Victim Recovery Team is made up of cadaver dogs who search for human remains. This is a crucial function, but it ran too close to the forensics of Abbott and Lowell. However, the Human Scent Evidence Team consists of handler and dog teams who search for live humans. We saw the possibilities of this team right from the start—from suspect tracking, to natural disaster rescues, to recovering the missing and lost, there were lots of realistic options for cases and stories. We were also excited to write not just the main K-9 team, but also a number of other handler and dog teams who feature prominently throughout the series. With a black Labrador, a German shepherd, a border collie, and a hound dog, this team has the dogs best suited to this type of rewarding and sometimes heartbreaking work.

Enter Meg Jennings and her search-and-rescue black Lab, Hawk. Meg was a K-9 patrol officer with the Richmond, Virginia PD until her German shepherd, Deuce, was shot and killed while apprehending a suspect. Meg returns to her parent’s animal rescue to grieve, and ends up bonding with a recently abandoned and extremely ill puppy. Nursing Hawk back to health gives her time to grieve and also allows for a steadfast bond to form between woman and dog. It is this bond that makes them such a great team. They intuitively understand each other and each would die for the other (and has come close, on occasion).

In this second book in the FBI K-9s series, BEFORE IT’S TOO LATE, Meg, Hawk and the rest of the Human Scent Evidence Team become entangled in a case where a serial killer plays a deadly game with them with victims’ lives at stake:

In this powerful K-9 crime thriller, FBI Special Agent Meg Jennings and her trusted search-and-rescue Labrador, Hawk, must race against the clock before a diabolical killer strikes again…

Somewhere in the Washington, D.C., area, a woman lies helpless in a box. Beneath the earth. Barely breathing. Buried alive. In Quantico, the FBI receives a coded message from the woman’s abductor. He wants to play a game with them: decipher the clues, find the grave, save the girl. The FBI’s top cryptanalysts crack the code, and Special Agent Meg Jennings and her K-9 partner, Hawk, scramble to follow a trail of false leads to the scene of the crime. By the time they solve the puzzle, it’s too late. But the killer’s game is far from over . . .

Soon another message arrives. Another victim is taken, and the deadly pattern is repeated—again and again. Each kidnapping triggers another desperate race against time, each with the possibility of another senseless death. That’s when Meg decides to try something drastic. Break the Bureau’s protocol. Bring in her brilliant sister, Cara, a genius at word games, to decipher the kidnapper’s twisted clues. Meg knows she’s risking her career to do it, but she’s determined not to let one more person die under her and Hawk’s watch. If the plan fails, it could bite them in the end. And if it leads to the killer, it could bury them forever . . .

Buy Links for BEFORE IT’S TOO LATE: