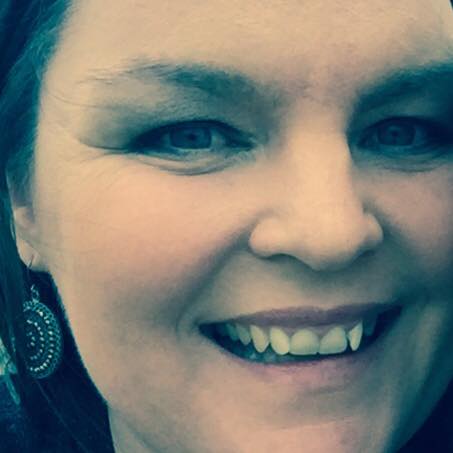 Today we have the lovely Lea Darragh telling us about her Story Behind the Story. Lea is a wife, mother of three children and an Early Childhood Educator. A Nutella enthusiast and red wine drinker. An explorer of nature. Geelong Cats fanatic. She was once a dreamer of words and stories, until she decided one day to put her hand to create a whole new world. Telling stories of hope, desperation, love and loss, she has written characters that everyone can relate to at one point or another. Her stories are realistic and cover topics that can be difficult to face, and she will never shy away from the difficulties that life throws, and will bravely continue to write about them.

Welcome, Lea. Please, tell us about your story behind the story:

You know, it’s typically difficult to pin-point one reason for a book when I write it, but with This Love I know why, absolutely. Writing is a cathartic experience for me, and I needed this book to help work through my every day life after it had been changed dramatically because of the death of a close relative. People grieve in personal ways, and there’s not always room for much else other than heartbreak. Sometimes the sadness is expressed as anger, frustration, motivation and desperation, and I needed Emmy and Jack to walk me through that, to help release the confusion that comes from a sudden death. 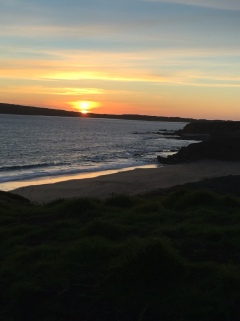 It was Emmy who came to me first, then her hero. I wanted to break them both beyond repair, and then slowly figure out how to work them together, to have them be each other’s strength in a time when all you want to do is literally drown in your grief.

During the process of writing them, Emmy and Jack took their time showing me their true colours, and who they were to each other. I had to be patient, and also ready for the decisions they were about to make. It took some difficult reflection on my own beliefs before I could fit them perfectly together, and to accept the relationship I had set up for them. I’m expecting controversy from this story, they are not a run-of-the-mill couple. Demons can force away light, and this relationship, (without giving away a spoiler) I guarantee, will have you questioning your strength and your every moral. I’ve put Emmy and Jack through their paces. They’ve earned their story. Why not put characters through hell, let them sink, and then rescue them? What greater way is there to tell a story? And I needed that as I healed in my own way. 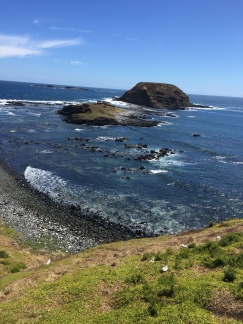 Other stories I write all revolve around the ugly side of love. How we are forced to question ourselves before we can ever decide to make a life work with someone else. My debut novel Almost Mine does this, and of course, This love, pushes the boundaries.

To give my characters space to learn and grow, I set them up in sceneries that promote calm. This Love is set in a fictional town of Cobblers Cove, hidden along the Great Ocean Road. Emmy becomes morbidly attached to the ocean, especially in the dead of night when not another soul can stop her from losing all hope. I gave her the cleansing salty sea air. The sound of the water lapping on the shore… It was intoxicating the way the crashing waves soothed me. Knowing they’d be pulled out again, they never stopped reaching for the shore.

This book is a contemporary one, yet the issues are not new. Death surrounds us, has been experienced by all, and the one thing I have learned is that all grief is subjective. Like many issues I explore within my writing, it’s something I wanted to learn from, and writing This Love gave me the outlet. I thank Emmy and Jack for their bravery, and for being a vessel for the acceptance I found while writing their story.

I hope readers find it as honest as I have.

Today I’m delighted to introduce you to the lovely Camille Taylor, a romantic suspense author who lives in Canberra, Australia. She spends her time reading, writing and procrastinating on Pinterest looking at nail art, books, and cake decorating. A bookworm, she enjoys most genres, particularly romance and mysteries and is HEA chaser. Her short story, The Healing Gift appears in the 2016 Romance Writers of Australia Little Gems Anthology. Camille is an incurable genealogist and has traced her heritage to England, Scotland, Ireland and Russia.

Camille, please tell us about your story behind the story:

I’ve always written. I can’t not write. It’s almost an addiction. As far back as I can remember I wrote. Many of my ideas came to me while living on a rural property in Victoria during my teens. Back then we didn’t have internet or much of a connection to the outside world except for TV and books. I watched a lot of Indiana Jones and James Bond (I had a serious crush on Timothy Dalton). I also read Agatha Christie novels and my eldest sister’s Mills and Boons romances she’d smuggled in. I guess the combination of crime and romance cemented in my subconscious and now that world comes naturally to me.

My first book, though not the first published, came to me one evening walking along a lone stretch of highway near our house. A herd of sheep we’d been taking care of had escaped the paddock and we were busy heralding them back onto the property. It was dusk and while the main road for the area, and joining to a smaller town several kilometers away only a couple cars drove past. My mind wandered, as it often still does, wondering what it would be like to be stuck out in the middle of nowhere at night with a broken down car and help so far away. The idea took hold and in the next minute I had a serial killer involved and Not Forgotten, first titled The Butcher was born.

Writing a novel wasn’t my first choice of careers. A bit of a daydreamer, I’d imagined being an actress and made up stories with me as the heroine who would be as far from my character as possible. Confident. Sassy. Perfect. I’d also get the hunk instead of mooning after the boys who never noticed me in school. But when the words inside my head wouldn’t be quietened, I began writing them down.

As I grew up, I decided acting wasn’t for me. I still am to this day super shy. Instead, I turned my attention to polishing my old screenplays I’d written in hopes of seeing them played out on the big screen. Yet another of my many dreams before I found my place as an author. After a few years, I once again moved on and tried my hand at converting the script into a novel and the first draft was written way back in 2003. 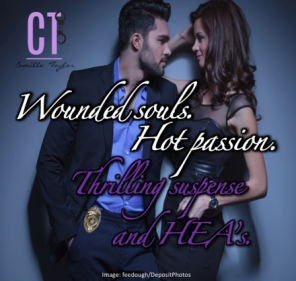 At first, I wanted to be a brilliant psychological thriller writer like Lisa Gardner. But I love my HEA’s too much and my all-time favourite part of being an author is matchmaking my characters. I’m a big fan of wounded souls overcoming the darkness in their lives for a chance at happiness.

Not Forgotten is the first in the Australian set Harbour Bay series and focuses on psychologist Natalie Miller as she is called in to assist Detective Matt Murphy in unlocking the mind of the only witness to a horrific crime. Her own dark past resurfaces while she and Matt fight their attraction. Bringing a killer to justice might just be last thing Natalie does…

Once a standalone, as were all my stories I sent off Not Forgotten for an assessment and turned to Open Wounds, already in first draft stage and on a whim I decided to make them into a series. I, myself absolutely love series which focus on different characters each novel but also include characters from other books and give a glimpse into their lives after their HEA’s. Thus the Harbour Bay series was born and I still continue to work on them today.

Harbour Bay is a fictional town set on the Australian New South Wales coast. The series focuses on the hot detectives of the LAC, their family and friends and the women who stole their hearts. Often one or both have wounded souls, or a dark past which they must overcome to find happiness. Each book, while a part of the series, is standalone and can be read in any order (buy links below).