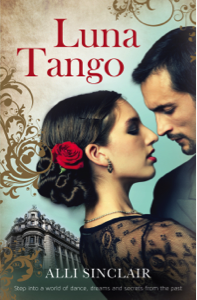 If you’d like to read the first chapter of Luna Tango, the link is below. Happy reading!

The symbol of the Madres de Plaza de Mayo, painted on the bricks outside Casa Rosada. Picture taken by a user of the b612 blog (Wikimedia Commons)

Sometimes there is a news story that breaks my heart but also brings tears of joy and this week I discovered a new one. In Luna Tango there is a thread in the story that delves into the Desaparacidos – the Disappeared. Since the Dirty War in the 1970’s and early 1980’s, a group of women have marched every Thursday in front of the Casa Rosada, the Presidential Palace, in Plaza de Mayo in Buenos Aires as a form of protest against what happened in that period. Thousands of people who protested against the government’s actions during the Dirty War disappeared or were murdered, including babies and children associated with those adults. Most were never found.

When the Madres de Plaza de Mayo (Mothers of Plaza de Mayo) march in protest, they wear a white scarf embroidered with the names of their loved ones who have disappeared. On my very first trip to Argentina, way back in 1995, I witnessed this silent march and it brought me to tears, especially when I looked in to the large, sad eyes of these women who are burdened with the heaviness of never knowing what happened to people they loved with all their heart.

So it brought great joy this morning when a friend forwarded an article to me that one of these mothers has finally reunited with her grandson who was stolen as a baby. Thank goodness for science, because a DNA test is what brought them together. I can only imagine the feelings that overcame them when they embraced for the first time. It must have been a beautiful moment, one that neither probably expected until a short while ago. 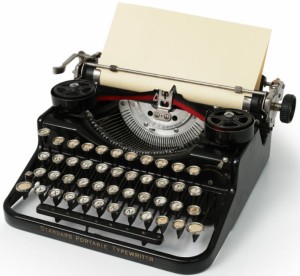 Aside from finishing the first draft of book number two in The Dance Card Series, I’ve been visiting a few blogs. Here’s the latest list if you would like to find out more about me, Argentina, writing, and tango:

The Reading Room asked me about my dreams and which writers and books inspired me to become a writer.  More here

I talk to author Rachel Johns about my favourite souvenir and how it inspired me to move to the other side of the world. Here

Australian Romance Readers Association ask me how I came up with the idea of writing a book set in Argentina. Here

Author Sarah Belle asks some curly questions including making me name my favourite character (that’s like choosing a favourite child!) and revealing what my ideal super power would be. More here

My critique partner Juliet Madison wanted to know who I would cast in the movie of Luna Tango and why. Here

Author Maureen McGowan asked me to reveal my hidden talent and makes me choose between vanilla and chocolate. More here

Phew! Busy times! I hope you get the chance to visit one or more of these blogs and you might find a new writer in the process!

One of the reasons I find tango so fascinating is the various forms in which it can be danced. It’s not always a serious undertaking or hot and sexy or gut wrenchingly dramatic.  Los Hermanos Macana are from Buenos Aires and are a pair of super talented choreographers and dancers who bring their unique dancing and humour to stages across the world. They’ve shared stages with artists such as Mikhail Baryshnkov and Placido Domingo and I am hoping, hoping, hoping they’ll return  to Australia in the not-so-distant future.

Many tango experts will happily give an opinion as  to why men traditionally danced tango together. In fact, there are a lot of theories about how tango started and who danced with whom and why. That’s a whole can of worms and I’ll do a blog post on this in the near future. But I will mention a couple of theories for now and they’re the ones that really get the tango aficionado’s knickers in a twist. The idea is  tango originated in brothels where the men danced with women while they were waiting their turn to step into a room and close the doors. This theory rose in popularity when Argentine writer, Jorge Luis Borges, declared this as a fact and his fans agreed without raising any question. But as Argentina was short on women early last century, it’s hard to imagine why they would be dancing with clients when they could doing … um … what they were employed to do. Another brothel theory is men danced with men while they were waiting their turn to spend time with the prostitute of their choice, and they honed their dancing skills in tango as a way to impress women who had never stepped foot inside a brothel.

Whatever the true reason, when men dance tango together it tends to take people by surprise, even in this modern era. The Macana Brothers have taken traditional tango, added some personal touches, and turned it into a magnificent art form that has captured the hearts of many. I hope you enjoy their work and it brings a smile to your lips!

You can learn more about the Macana Brothers on their website here.