Today I’m delighted to introduce you to the lovely Michelle Somers, who is a bookworm from way back. An ex-Kiwi who now calls Australia home, she’s a professional killer and matchmaker, a storyteller and a romantic. Words are her power and her passion. Her heroes and heroines always get their happy ever after, but she’ll put them through one hell of a journey to get there.

Michelle lives in Melbourne, Australia with her real life hero and three little heroes in the making.

Michelle, please tell us about your story behind the story.

I’m often asked why I write what I write. Why pair the warm fuzziness of romance with the deadly chill of suspense? And then there’s my debut novel, Lethal in Love – how and why did the story come about?

So many factors influenced my decision – my need – to tell Jayda and Seth’s story.

Growing up, I fed my imagination on a steady diet of Sweet Dreams, coupled with The Hardy Boys and Nancy Drew. From there I grew into Harlequin and the likes of Harlan Coben, Mary Higgins Clark, Patricia Cornwall and so many others.

I loved the diversity and richness of these stories and their characters. Loved that reading romance allowed me to fall in love during every single story. Loved that reading suspense and detective stories led me to experience places and situations I could never and would never imagine visiting outside the pages of a book.

My imagination soared, as did the thrill of escapism, and the ability to feed both by immersing myself into the world of fiction.

Psychology has always fascinated me. The whys and wherefores in a person’s mind. Why do they act the way they do? Why if you drop two people into an identical situation, will they react differently? What is it in their psyche that makes this happen?

With such an avid interest in what makes a person tick, as well as a love for the written word, is it any wonder that romance became my genre of choice, closely followed by suspense?

My novel, Lethal in Love, and its sequel, Murder Most Unusual, were born of my equal passion for both genres. And little by little, layer by layer, the story evolved.

Conflict is the lynchpin of any great story, and the age-old idea of pitting detective against reporter intrigued me, especially if that detective was female, sassy, no-nonsense and had damn good reasons to dig her heels into her anti-reporter stance.

Next came the decision on setting. How could I not choose Melbourne? A city of great beauty and diversity, that became my home when I met and married my husband.

Finally, I reached my story’s pièce de résistance – the Night Terror. A serial killer terrorising young women in the streets of Melbourne. What a deliciously evil piece of fiction – almost… To delve inside the mind of my serial killer meant delving into the minds of real-life examples, of which the internet holds a plethora, sadly. It wasn’t long until I lost myself in the world of psychopaths, a place where I found the perfect ‘role model’ for my fictional killer – Theodore Robert Bundy.

Ted Bundy – to me – is the epitome of serial killers. Attractive. Smart. Charismatic. And one of the most prolific serial killers in U.S. history. More dangerous for his ability to mimic emotions he had no capacity to feel, and his inability to understand or feel compassion – factors that when combined, made him a ruthless and deadly predator against young women.

But what turns a seemingly well behaved, attractive teen with so much promise into a monster? This was the question that fascinated me most of all. So I delved deeper, first into Bundy, then into the Night Terror. I discovered the cold calculation. A past containing a trigger after which there was no going back. And then it was time to build the killer back up from ground zero.

I’ll take the words from Ted Bundy himself.

“We serial killers are your sons, we are your husbands, we are everywhere.”

I hid my killer in plain sight then crafted a story I hope did him and the rest of my characters justice.

Let me know if you agree.

And if you’ve yet to read Lethal in Love, I have some exciting news – in August this year, Penguin Random House will be releasing the story as a single title ebook!

More about Lethal in Love:

Homicide detective Jayda Thomasz never lets her emotions get in the way of a case. So when a serial killer re-emerges after 25 years, the last thing she expects is to catch herself fantasising over the hot, smooth-talking stranger who crosses the path of her investigation.

Reporter Seth Friedin is chasing the story that’ll make his career. When he enters the world of swinging for research, he never imagines he’ll be distracted by a hard-talking female detective whose kiss plagues his mind long after she’s gone.

Past experience has shown Jayda that reporters are ruthless and unscrupulous. But when the murders get personal, will she make a deal with the devil to catch the killer? How far will she and Seth have to go? And do you ever really know who you can trust? 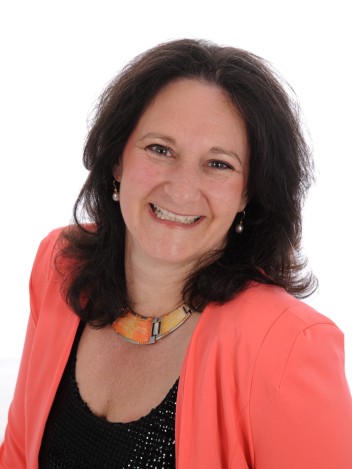 For exact dates, an exclusive cover reveal and any other news, visit my website www.michelle-somers.com and sign up for my newsletter. A newsletter will only hit your inbox when there’s an announcement or freebies to give away, so I promise it’s worth it!

6 thoughts on “Story Behind the Story: Michelle Somers”